Domain News: Escape to the country

Escape to the country 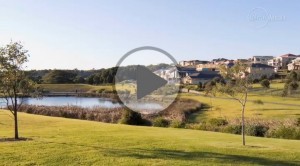 We all think we know what’s wrong with Sydney: too much traffic, too little public transport, home prices out of the reach of many and a complete overload of stress.

But there is a whole world out there beyond Sydney and, increasingly, a number of smart new developments are being designed to lure people away.

”There is absolutely life outside Sydney,” says John Carfi, the chief executive of NSW and Victorian development at Mirvac, which has just completed new beach apartments in Newcastle. ”And you’re paying pretty well half of what you might pay in Sydney for equivalent homes.”

So sea, tree or city change?

A white paper issued in July on more than 400 people from Sydney relocating to regional NSW cities found the move had lived up to, or exceeded, expectations for most.

”The access to quality, affordable property, and the social and community aspects of life in a regional city, recorded the highest levels of satisfaction at well over 90 per cent.”

The choice of homes is growing all the time. In Wagga Wagga, for example, halfway between Sydney and Melbourne, the first stage of luxury apartments to be built on the site of a historic flour mill near the city’s central business district was launched last Saturday.

The Mill Residence will, by the end of construction in 2014, comprise 84 two- and three-bedroom apartments as well as sub-penthouses and a penthouse in six four-level buildings by Sydney architects KANNFINCH. The development will include a 10,000-square-metre entertainment, retail and commercial precinct.

The project co-ordinator from international construction giant BCEGI for the developer Interlink Group, Tristan Kell, says the idea is to create well-designed, high-quality apartments of the type people would expect to find in a top new Sydney complex.

”This is high-quality, well-finished urban living, but in a regional centre where new apartment prices could be up to half the price [they] would be in certain suburbs in Sydney,” he says.

”And Wagga is great! You can walk everywhere, the main street is just a couple of blocks away, there are a lot of jobs … It’s a great investment with a high rental demand.”

For those preferring a sea change to the north, new apartments are for sale in the redevelopment of the site of the former Royal Newcastle Hospital, with fabulous views of Newcastle Beach and the Pacific Ocean, Nobbys Head and the harbour.

”It’s not often you come across a block of dirt so well located and with such a rich history behind it,” Carfi says. ”We’re extremely proud of this development.”

For a sea change to the south, there are new land lots being released in the beachside master-planned community Shell Cove, 20 kilometres south of Wollongong.

To view properties for sale in regional NSW and take advantage of the governments offer click here and start the search for your dream home today.